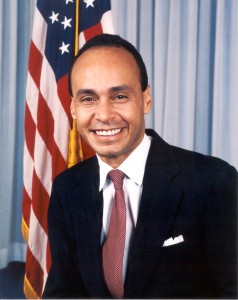 It seems that despite the Obama administration’s insistence upon imposing a stealth amnesty, and its rejection of worksite raids, there are some illegal aliens being rounded up with the intent of deportation. Courtesy of an affiliate of ABC News in Chicago, we learn that nearly 400 potentially violent criminals have been detained by ICE.
But the salient aspect of this story is the reaction by Luis Gutierrez, a congressman representing some of the neighborhoods where these illegal alien criminals were apprehended, who has been the chief architect of amnesty legislation for many years. Even though ICE officials assured him that all of these perpetrators posed serious threats to the community and the country, he still opposed the raids!

What more evidence do you need that the backers of amnesty do not really want to see any deportations-even of the most violent, recidivist, criminal element-and are merely using any “sticks” they include in these bills as a masking device to force through wholesale amnesty? For me, it’s an open and shut case. Amnesty will lead to more lawlessness, more crime, and more anarchy, which is why it must be stopped at all costs.

This entry was posted on August 29, 2010 at 7:21 PM and is filed under News, News and Analysis. You can follow any responses to this entry through the RSS 2.0 feed.