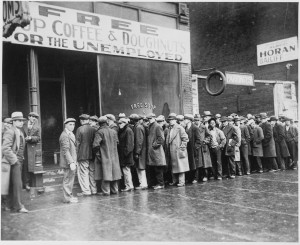 One of the inescapable facts of our economic recovery is that millions of individuals continue to struggle to obtain gainful employment of any sort. A recent study by the John J. Heldrich Center for Workplace Development at Rutgers University confirms what most of us already knew. Namely, that those who have been unemployed for six months or longer are finding themselves locked out of the job market. You can read the full report for yourselves here, but you should be warned that it won’t be a pleasant experience. More than 3 million Americans have remained unemployed for more than six months, while 2 million have been unemployed for over a year. And while the percentage of workers belonging to the former category has declined from its height in 2010, it still remains greater than it was during the catastrophic 1983 recession.

The psychological impact of prolonged unemployment, including strained relationships with family and friends, is almost as devastating as the decline in personal living standards. However, the Great Recession is not the only force impacting American workers, as readers of this site know all too well. Edwin S. Rubenstein, the incomparable economic analyst for VDare, has a meticulous deconstruction of how policies of mass immigration have reduced the wages of those Americans fortunate enough to still be employed, as it also increases the wealth of those who vigorously promote our nation’s open borders status quo. The nation’s most prosperous corporations are investing in a system that minimizes their reliance upon American workers, a fact which shouldn’t surprise anyone who’s been following the debate over immigration reform which has taken place in this country over the past few years.

The study by Rutgers is merely the latest piece of evidence in a sea of data which makes clear what everyone who is not beholden to open borders mythology has already acknowledged. To wit, the priorities of our ostensible leaders in Washington D.C. and in statehouses around the country are completely at odds with the hopes and aspirations of the American people.

This entry was posted on September 28, 2014 at 3:16 PM and is filed under News. You can follow any responses to this entry through the RSS 2.0 feed.