The Decline and Fall of the New York Times 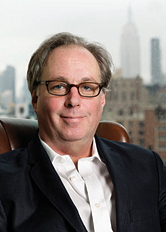 William McGowan, author of Gray Lady Down: What the Decline and Fall of the New York Times Means for America, spoke to American Rattlesnake about immigration and how it has been covered by the newspaper.

He explained the basic premise of the book, and how the New York Times has betrayed its long journalistic tradition as the paper of record:

Mr. McGowan discussed how the editorial control of the paper has changed over the years, from Abe Rosenthal “keeping it straight”, to his successors losing control of the newsroom and allowing the paper to drift to the left:

The motivations behind the Times’ coverage of important issues merited special mention.  Mr.  McGowan discounted any liberal conspiracy, but suggested that the paper’s unexamined biases often hurt those it wishes to help, like President Barack Obama:

The modern mania for “diversity” did not leave the paper untouched.  The Jayson Blair debacle was part of a larger notion of “punitive liberalism”  that brooks no dissent:

As a matter of history, immigration coverage has been difficult for the paper to get right, harkening back to the Immigration Reform Act of 1965, which set the stage for the last half century of American immigration policy and enforcement.  In the end, the Times treats the issue romantically, not with rigourous policy analysis:

This entry was posted on July 11, 2011 at 6:00 AM and is filed under Analysis. You can follow any responses to this entry through the RSS 2.0 feed.