One of the unfortunate realities for veterans reentering the civilian workforce in this sluggish economy is the inability to find work that’s commensurate with their level of education and training. Or, in fact, any work at all. The unemployment rate for those who’ve served in combat and returned home is twelve percent according to the Bureau of Labor Statistics, and the rate for veterans as a whole is not much better. And even as certain people try to find jobs for illegal aliens who are displacing qualified, energetic American workers, the number of veterans that are having difficulty finding employment remains high, and for young veterans the unemployment rate is astronomical. 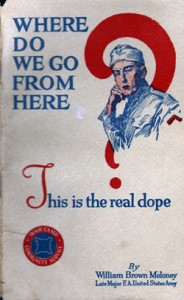 That’s why I’m pleased to highlight an upcoming job fair for veterans who are seeking gainful employment now that their service has been completed. Hiring Our Heroes will be holding events in New York City, Chicago, and Fort Hood, Texas-the last specifically for military spouses-this coming week. In addition to a career workshop that will take place tomorrow at 30 Rockefeller Center, a large job fair will be held in the three cities above on March 28th. I urge anyone who is a veteran, on active duty but whose deployment is expiring, or who knows anyone in the Armed Forces looking to reenter the civilian workforce to spread the word about this terrific opportunity.