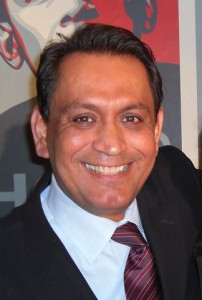 It looks like the bill that would increase California’s already calamitous financial and economic woes has been signed into law by Governor Jerry Brown.

One legislative analysis predicted the bill will cost an additional $40 million to help students who qualify by graduating from a California high school after having attended school in the state for at least three years.

In addition to exacerbating budget problems in a state that is already drowning in red ink, and defrauding American taxpayers in order to pander to a coveted political constituency, this law will increase the burden on American citizens who are enrolled in the California public university system. Even as Governor Moonbeam makes steep cuts to higher education, he invites people who are not even legally allowed to work in the United States to exploit the opportunities that American students from outside the state of California are denied, despite the fact that this is explicitly prohibited by federal law.

The outcome of this debate should not come as a surprise to anyone who has followed the issue of immigration as it pertains to California politics over the past several decades. The enactment of Proposition 187 by California voters was the highwater mark of immigration enforcement among reform-minded activists in that state; the permanent injunction placed upon the initiative by an unelected judge ended whatever progress had been made under former governor Pete Wilson.

That’s why the rest of the country needs to muster its energy and will to prevent what is happening-and has happened-in the formerly Golden State from occurring across the entire nation. As I’ve pointed out in the past, the alternative to taking action is not pretty.

This entry was posted on October 8, 2011 at 5:08 PM and is filed under News. You can follow any responses to this entry through the RSS 2.0 feed.

One Response to California Dreaming