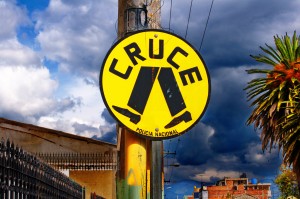 It is a monumental shift. As reported by Fox News, more Mexicans are leaving the United States than entering.  Net migration of Mexicans, the number entering minus the number leaving, is zero, according to the Mexican government.

Almost three times as many Mexicans are returning to their homeland compared to ten years ago.  Seventy percent fewer Mexicans are entering the US than four years ago.  Additionally, the number of Central Americans going through Mexico to enter the United States has decreased from 450,000 in 2005, to 148,000 in 2010.  These figures were released in a Mexico City press conference last week by Rene Zenteno Quintero, the Mexican deputy secretary of Population, Migration and Religious Affairs.

The reasons given were a bad US economy, increased deportations, and “the proliferation of negative local environments in terms of political discourse, public opinion and legal overhauls” according to Quintero.  That last part is a frank admission from a Mexican official that Arizona’s and Alabama’s strong stands against illegals work.

This entry was posted on September 8, 2011 at 8:00 AM and is filed under News. You can follow any responses to this entry through the RSS 2.0 feed.