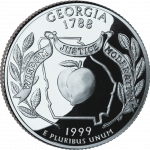 Politico has a very interesting story today about a new initiative in Georgia that is, unfortunately, cast in an extremely misleading, prejudicial manner. With a newly enacted immigration enforcement law in Georgia, there is inevitably going to be labor shortage in fields that had previously been supplied with labor by illegal aliens. The state government has responded to this gap in workers by encouraging the commissioners of labor, corrections and agriculture to help unemployed probationers fill some of these newly created job openings. According to the governor, twenty-five percent of these men and women are currently out of work; that would not be out of character with unemployment statistics for federal probationers, which are also rather stark.

Of course, Politico has to report on this positive development by creating the misimpression that Governor Deal is doing something nefarious and/or potentially nefarious with the state’s prison population. Perhaps he has impressed thousands of inmates to serve on chain gangs slaving away in the fields of southwest Georgia. The truth is that people on probation are faced with challenging employment prospects, especially in an economy with nearly double digit unemployment, and these are available job opportunities that must be filled. And contrary to this reporter’s implications, fifteen dollars per hour-even for seasonal employment-is a decent salary. It’s certainly more than someone who’s been unemployed for months can hope to make, especially when someone’s past criminal record is already used to screen potential job applicants, albeit unofficially.

So in the end, I think this is a great idea, even if-as Governor Deal pointed out-it is only a “partial” solution to the unemployment problem in the state of Georgia.