Celebrate The Earth By Letting The Border Patrol Do Its Job 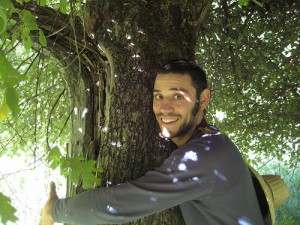 As many of you might know, today marks the official commemoration of Earth Day, a holiday conceived by the unfortunately named U.S. Senator Gaylord Nelson in 1970 and celebrated by self-styled environmentally conscious individuals every year on this day since. You might be wondering why I would choose to address this subject on a website whose purpose is ostensibly far removed from the subject of environmentalism.

The answer to that question is very simple. Although usually framed either as an economic or a cultural argument, one of the most compelling reasons to reduce the excessive immigration into this country that’s occurred over the past two decades-and shows no sign of abating in the near future-is an environmental one. Namely, the depletion of resources, overpopulation, and generally degraded quality of life that’s attendant with our current, extraordinarily high level of immigration.

Many of you might be surprised to learn that some of the founding fathers of environmental activism in the latter half of the 20th century were not only committed to making the air, earth, and water cleaner, but were equally devoted to making our country more habitable by strictly limiting the mass immigration that has irrevocably altered so much of the American landscape. Although now nothing more than another liberal interest group, the Sierra Club used to openly broach this topic on a regular basis. And despite environmental activists like former Colorado governor Richard Lamm and Sea Shepherd Conservation Society founder Paul Watson continuing their crusade to address the ecological devastation caused by excessive immigration, the mainstream environmental movement has all but abandoned this cause.

That’s why highlighting the damage engendered by this feckless attitude is so vital, on this day above all others. Toward that end, I’m posting links to a congressional hearing that explored the widespread destruction of precious resources on federal land by Mexican drug cartels, which are thriving in places federal land management bureaucrats have sequestered from immigration enforcement agents and police, even as their sanctity is routinely violated by ruthless narco-cartels that have set up shop inside of this country’s federally sanctioned no-go areas.

You can see the first part of the hearing here, and watch the conclusion here. As you watch those videos, pay acute attention to the haughty disdain displayed by Government Accountability Office flack Anu K. Mitall. Notwithstanding the title of her agency, she casually dismisses the concerns of Border Patrol agents-men and women who put their lives at risk in order to ensure our nation’s security-and imputes blame for this fiasco to them, rather than questioning the misguided priorities of the bureaucracy that prevents them from doing their jobs. It is truly a breathtaking performance, but not in a way that’s complimentary to the GAO.

Adam Carolla has a joke poking fun at the finicky eating habits of vegetarians. It’s not that vegetarians love vegetables, it’s that they love cows. Oh, and hate people. Although amusing, I think it gives short shrift to herbivores, insofar as I’ve found most to be very agreeable, even when dining out with their meat-eating friends. That said, I do think this description, with the requisite tweaks, can be applied to the official environmental movement-and the ostensible stewards of the environment within the federal bureaucracy-with a great degree of truth. They do not care about the environment as such, because if they did, they wouldn’t allow Mexican drug cartels to set up shop within our national forests. They would certainly denounce the environmental devastation wrought by millions of border-crossers who’ve wreaked havoc upon the delicate ecosystems that exist within this nation’s border states.

They would do what real environmentalists like Richard Lamm and Paul Watson, and immigration enforcement and reform activists at Numbers USA, are doing. Namely, attempt to rein in the exponential growth of immigration into this country before we don’t have a fresh parcel of land on which to celebrate the earth. This Earth Day, recognize true patriot and real eco-warriors, not the corporate-sponsored, La Raza-approved, K Street lobbyists who are promoting the empty charade we’re encouraged to engage in on this day. For a more comprehensive view of this subject, I highly recommend you read FAIR’s report, The Environmentalist’s Guide to a Sensible Immigration Policy.

This entry was posted on April 22, 2011 at 5:22 PM and is filed under Analysis, News, News and Analysis. You can follow any responses to this entry through the RSS 2.0 feed.