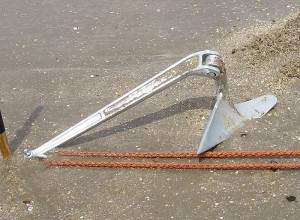 When we hear the term “anchor baby” we often assume that it refers to children born to mothers of Mexican or Central American origin who come here illegally in order to give birth. To “anchor” their roots to American soil, regardless of the fact that they are in this country illegally, and that they and their children have no connection to the United States of America.

The archetypal example of this behavior is Elvira Arellano, an illegal alien from Mexico whose odyssey-including her repeated defiance of American law, indifference to the welfare of her son and quest to embed herself in American society-has been amply chronicled in the mainstream media and blogosphere.

However, what many people might not be aware of is that an equally determined group of Southeast Asian pregnant women-particularly those who are Chinese and South Korean citizens-also routinely exploit the broadly interpreted Naturalization Clause of the 14th Amendment in order to vest their future children with all of the rights, privileges and immunities of American citizenship. The ubiquity of this practice was exposed recently when an illegal birthing center for Chinese mothers was shut down by the authorities in San Gabriel, California.

Although the exploitation of our laws in this case is egregious enough to merit rethinking how we deal with children who are born in this country-but whose families have no other tangible connection to it-it is not even the most perilous aspect of our judiciary’s misguided interpretation of America’s post-Civil War constitutional amendments. As this comprehensive backgrounder from the Center for Immigration Studies points out, these anchors are not only be used to exploit America’s political and socio-economic system. They can also be exploited by Americans with dual citizenship, such as Yemeni terror mastermind and Islamic scholar Anwar Al-Awlaki, to inflict incalculable damage upon the United States and its interests. His Saudi Arabian parents came to this country on work visas, but used their time here to spawn the vehicle for evil and hatred our government is now hunting in Yemen.

Will the children birthed by these women in California go on to exploit the benefits of American citizenship? Only time will tell; but the fact that birth tourism persists, even in the face of our crushing debt-both nationally and within individual states-and the potential, dire security threats this practice presents, is enough to prompt some serious reexamination of how we deal with pregnant women trying to game our immigration system.